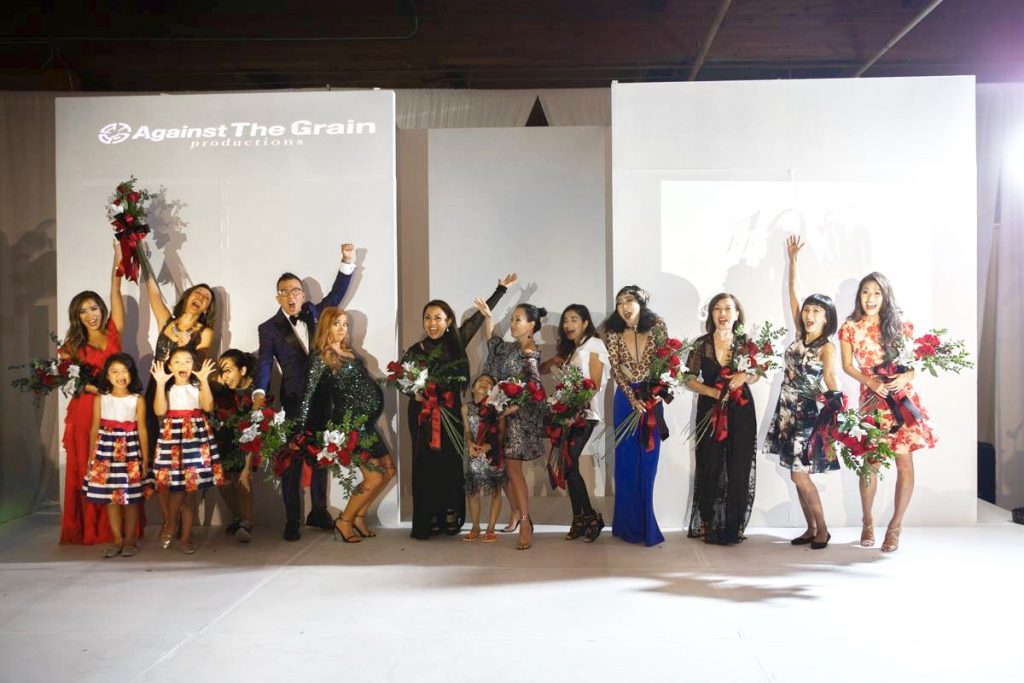 END_OF_DOCUMENT_TOKEN_TO_BE_REPLACED

Dallas, TX — Against The Grain Productions is proud to introduce its inaugural ‘Groundbreaker Awards,’ created to honor those who embody the spirit of ATG. These individuals were chosen for excellence in his/her chosen career path, leadership to pave the way for others, having a servant’s heart to help and improve the lives of those around us and sharing ATG’s vision of “One Voice. Many Stories.” These awards will be presented at ATG’s 10th (and final) Fashion for a Passion charity event, which will take place on Saturday, September 22, 2018 at sixty five hundred in Dallas, Texas.

Against The Grain Productions functions as a traditional 501(c)(3) nonprofit but with a twist. In the true spirit of its name, ATG finds unconventional, innovative and entertaining ways to promote leadership, positive identity, unity and artistry in the Asian American community; promote awareness of Asian American culture; give a platform to emerging Asian American artists; and provide inspiration to the community around us to think and act “outside the box.” Over the past decade, the organization has raised hundreds of thousands for orphanages/underprivileged children, scholarships for Asian American student artists/leaders, produced an award-winning documentary (Operation Babylift: The Lost Children of Vietnam) and become a platform for artists and leaders through its events. Groundbreakers Speak, a signature event, was a panel which brought together Asian American leaders from diverse disciplines together to share their inspiring journey and path to success.  “As ATG enters its next decade, we wanted to evolve and find a way to continue inspiring the community. The creation of these ‘Groundbreaker Awards’ allow us to honor shining examples of those who have bravely and selflessly served while passionately trailblazing a way in their own career,” said ATG President and Co-Founder Tammy Nguyen Lee. “You can love what you do, work hard to be successful and still remember to give back to others. That’s the ATG spirit of what we want to inspire.”

The 2018 Groundbreaker Award Honorees are: 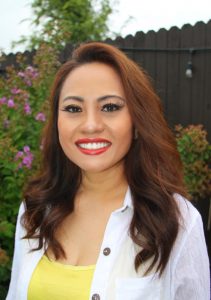 Quynh Chau Stone, known to many as “QC,” is a mother, educator, entrepreneur and advocate. She is the President and Founder of The Source of Hope, a 501(c)(3) non-profit organization with more than seven years of service to Dallas-Ft. Worth underprivileged communities. Under Quynh Chau’s direction and leadership, The Source of Hope collects, distributes and donates food and groceries to those in need and starting over through a network of charitable organizations. The Source of Hope delivered over 1000 meals monthly to the homeless, veterans, first responders, and at risk families and actively works with partner organizations to serve the most vulnerable in the Dallas – Ft. Worth communities.

As a Vietnamese woman who has lived the majority of her life in American, Quynh Chau experienced extreme trauma and loss in Vietnam which shaped her world view.  At the age of twelve, Quynh Chau bravely escaped Vietnam with her four brothers. They were rescued and placed in a refugee camp in Malaysia after 13 days at sea. With the help of faith organizations and philanthropies working together, Quynh Chau was reunited with her father, who had already been sponsored to the United States. Quynh Chau’s unthinkable experience as a child strengthened her faith and cemented her lifelong commitment to truly give back to the country and people that helped her so much.

As an entrepreneur, Quynh Chau is a skin care rain-maker and has been working with different platforms to educate and implement skincare practices for over 20 years.  She received her formal training from international institutes such as the Matis Paris Institute in Paris, France and exclusive aesthetic skin care clinics in New York, Chicago and Dallas. Quynh Chau also manufactured a line of exclusive skincare products sold to boutique skincare clinics internationally. Through her training and certification, she continues to support and promotes new cosmetologists entering the aesthetic profession and require guidance, training and experience, frequently publishing insights and training content for professionals internationally and has helped to set up over 1000+ salons.

Quynh Chau is a media darling for the Vietnamese American community, regularly directing and producing her local television and radio show, “The Quynh Chau Show,” which covers resources for the community, political views, life skills for minorities, health & beauty insights and entrepreneurship.

Quynh Chau has won numerous awards each year for her work with the community and including  the 2016 Women that Soar Award plus over 100+ additional recognitions for her philanthropic work with the city of Garland, Grand Prairie, Mesquite, Dallas and Ft. Worth.  She was featured in a book written by Mirela Sula titled 50 Inspiring Voices of Migrant Women from Struggle to Success in a chapter written by Mary Ann Thompson-Frenk .  She and The Source of Hope were celebrated at the event “Heroes of Houston,” where other organizations and individuals were recognized for the work they did in service of Hurricane Harvey.

Quynh Chau Stone is dedicated to the mission of inspiring others and serving those in need with dignity, wisdom and a generous heart. She relies on her faith and generosity of others to grow the community, sharing her story and hoping to inspire others to soar above.    “To me, ‘Going Against The Grain’ means to not take the easy path that others have already made but to go in the direction that the Lord has chosen for me, though it may be rough and uncertain at first.”

“God has created me to be a leader. Through the trials I have faced along side my family and my friends, I have always wanted one thing, to be able to teach my girls and young men and women across the world, that to be a leader, is to help another in need of your guidance. I am honored to receive this award, as a young girl I didn’t ever think I would be “first” at anything. It always felt as if I were last, last to eat, last to learn, last to escape the life I thought I had been burdened with. But as I continued to grow, as I moved on to my life here in the US, where I got to obtain skills, and help others, I realized that I am lucky to have the life God has BLESSED me with. In receiving this award, I hope to only grow more, and to show people that no matter where they come from or who they are, they can be a leader and accomplish anything.” 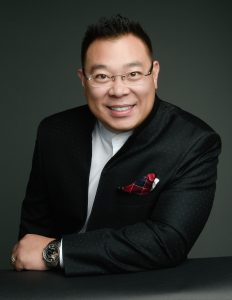 Born and raised in Dallas, Texas as a Chinese American, Daniel Eng’s Chinese roots date from his great-grandfather immigrating to the U.S. in the late 1800s to build railroads in the United States. Daniel’s father, T.K. Eng., moved from Hong Kong in the mid 1950s, where he later established the real estate foundation for the Eng family.

Daniel graduated in 2001 from Franklin College Switzerland (now Franklin University Switzerland) with a B.A. in International Banking and Finance and started his career and passion in Commercial Real Estate. He has served on the Board of Trustees for his college for three years and is still active on the college’s Alumni Association. He has served as 2016 President for the AREAA DFW Chapter (Asian Real Estate Association of America), the Director for Dallas CCIM Cultural Diversity Chapter in 2011 (Certified Commercial Investment Member), the IREM Dallas Chapter Board for IYP in 2012 (Institute of Real Estate Management ), served on the City of Richardson’s Chamber of Commerce Board of Advisors in 2011-2014, 2013 National Association of Asian American Professional DFW Chapter Senior Advisory Council and is an active member at Grace Chinese Baptist Church in Plano.  Daniel maintains an office at the Offices of Legacy Chase Oaks in Plano and manages an extensive Commercial Real Estate portfolio of over 50 properties around the DFW area with about 1 million square feet of rentable space.

Growing up watching and learning from his father, Daniel gained an interest in community service at an early age. Daniel would say that his father inspired him to “Go Against The Grain.”  Giving back to the Asian American community has always been in Daniel‘s heart. Receiving this award is an honor but he believes there are so many others that deserve this award. “I look forward to continuing to serve and inspire the next generation to ‘Go Against The Grain’ and ‘Be the Cause’ with the ATG team.” Daniel has two daughters and one son. His eldest daughter attends a faith-based private school in the DFW Area, and he hopes she will one day take over the family business and learn to serve others in need. 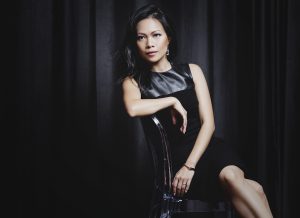 Khanh Nguyen, co-founder and the Creative Director of the Nha Khanh label, has been surrounded by fashion and art throughout her life. Khanh attended the University of North Texas and obtained a bachelor’s degree in Fine Arts in Fashion Design where she received numerous awards. In January 2010, the Nha Khanh label was established producing seasonal Ready-to-Wear lines, as well as, custom Atelier service to the public. Designs and manufacturing are 100% based in Dallas, Texas, while the sales and marketing PR are based in New York City. The Nha Khanh line can be found in stores like Saks Fifth Avenue, Neiman Marcus, Stanley Karshak, Rent-the-Runway and many others around the United States. Nha Khanh’s designs have been worn by Kim Kardashian, Brooklyn Decker, Guliana Rancic, and Kelly Osbourne, to name a few. Nha Khanh has been recognized through various awards and articles written by organizations such as FGI Rising Star, D Magazine Best Woman Custom Design, Harper’s Bazaar, People, Vogue, Teen Magazine, US Weekly, Glamour, InStyle, ENews and Style Network. The company takes pride in exceptionally well-made garments and strives to push the envelope on innovation and creative, elegant designs.Nha Khanh’s designs focus on modern glamour; they are inspired by art, architecture and, most importantly, nature. The designs are ethereal, meticulously constructed and host an ease about them that allows for an effortless sensibility. The company offers seasonal “advanced contemporary” Ready-to-Wear, a custom Atelier collection (which hosts one-of-a-kind custom pieces) and a bridal line.

The Nha Khanh mission is to empower women with inner-strength through their clothing while focusing on “feminine elegance with a modern edge.” “Nha”, in Vietnamese, is a feminine word implying‘ light and elegance’, whereas “Khanh” is a masculine word, meaning ‘victory and celebration’. The fusion of the words creates a balance of unison between feminine and masculine. The collection joins lightness and softness of silhouette and fabrication with the celebration of construction and classic forms. This is the fundamental philosophy and creative driving force behind the Nha Khanh label.

For Khanh, “Going Against The Grain” is “taking the road less traveled and stubbornly refusing to fit in and live life on your own terms.” When asked what receiving this award means to her, she said she is humbled, grateful and honored.  “I am humbled that I boldly followed my heart and took the road less traveled, grateful to be able to live life on my own terms and very honored to be recognized among my peers and community for this wonderful award. “

Tickets for Fashion for a Passion go on sale in August.

For more information on the event, please visit: www.AgainstTheGrainProductions.com. 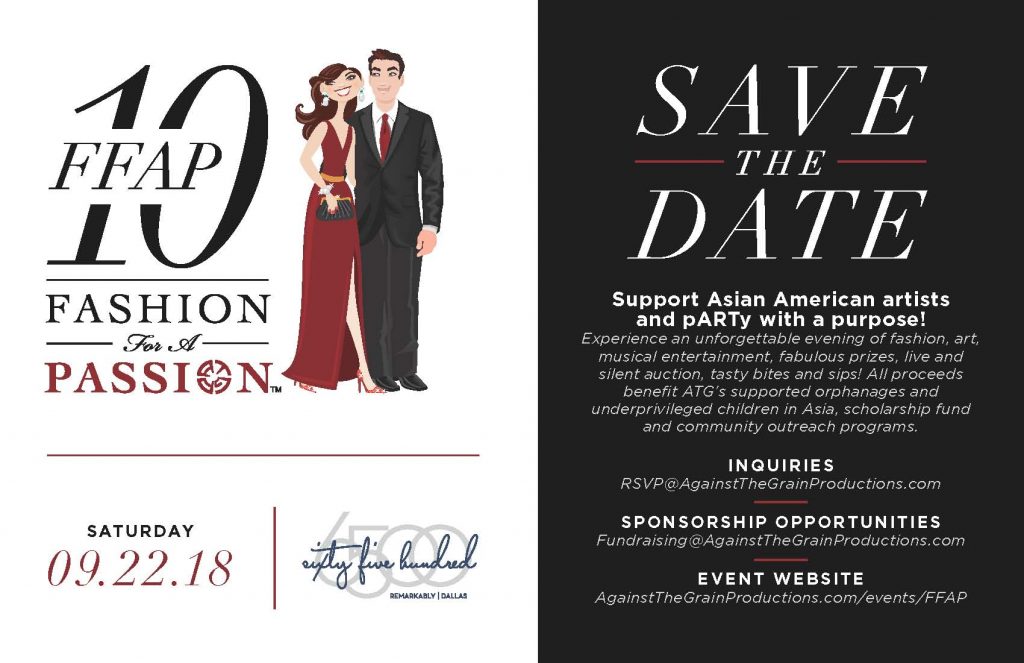