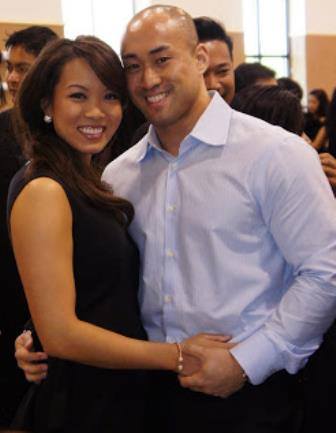 Ranier Pabilona, Founder and CEO of RGP Group, LLC, an online wholesale and distribution network based in Houston, is generously providing $10,000 for two entrepreneurial scholarships for Against The Grain in 2016. The Lily Pabilona Emerging Entrepreneur Scholarship will recognize Asian American high school, graduate and post-graduate students pursuing a career in entrepreneurship. No stranger to going Against The Grain himself, Pabilona, who graduated from Southern Methodist University, left an award-winning, six-figure career in pharmacy to follow his passion for business and entreprenuership. Despite a lack of support and balancing pharmacy school while starting the business, he and his wife Grace, who is also his business partner, saw success immediately after their first year in operation.
The scholarship’s namesake is Pabilona’s mother, who has been his greatest inspiration and was his biggest supporter. Also an entrepreneur, Dr. Pabilona received her Doctor of Philosophy degree in Biology before becoming a small business owner, investor, realtor and, to Pabilona, a supermom.
“My mom, who passed away from cancer in 2002, was the one person who always supported me, not simply with words of encouragement or financial means but by allowing me the freedom to pursue my myriad interests – always without judgement – and ultimately to forge my own crazy and unconventional path,” explained Pabilona. “This award was created to honor her memory and inspire the next generation of young entrepreneurs.”

“To challenge convention and always bet on yourself.”

“Working for someone else has just never appealed to me. Starting a business not only gave me the freedom to live life on my own terms, but it also allowed me to combine a number of my passions – marketing, design and technology. I get to spend a lot more time with my family and, as an added perk, can hit up the boss for a raise whenever I want.”

“Ethnicity really hasn’t been a factor given that the entirety of our business is conducted online.”

“Retiring from pharmacy to focus on running the business fulltime. The decision to quit after just a year on the job was an easy one for me to make, but it still took most people by surprise. Leaving behind a promising career and six-figure paycheck just months after being recognized as one of the top in my field meant that I was either crazy or that the business I had started while in pharmacy school was actually doing pretty good. That silenced a lot of the doubters. And it felt really damn good.”

“Don’t be upset by the results you didn’t get with the work you didn’t do.”

Pastries – all of them

My wife and bff Grace..and pastries

“Life is short. The other way is boring.”