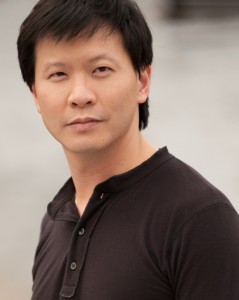 We’re thrilled to spotlight filmmaker Patrick Wang as May’s GATG. Patrick recently released his first feature, the critically-acclaimed movie In the Family, which is currently making its way across theaters nationwide.  In the Family is a heartfelt story woven around child custody, “two-Dad” families, parental loss, interracial relationships, the American South, and the human side of the law.

Patrick graduated from MIT with a degree in Economics and a concentration in Music and Theatre Arts. As an economist, he has studied energy policy, game theory, and income inequality at the Federal Reserve Bank, the Harvard School for Public Health and other organizations. As a theatre director, he has specialized in classical verse drama (world premiere of Diane Arnson Svarlien’s translation of Medea) and new works (Surviving the Nian, Jonathan Larson Award). He has taught and directed productions at the Stella Adler Studio and The Neighborhood Playhouse. A collection of his short drama was published as The Monologue Plays. His performance in M.Butterﬂy was the subject of Leah Hager Cohen’s book, The Stuff of Dreams. His film/television credits include Surveillances (Panavision Prize), Little Mary, Saturday Night Live and One Life to Live.

To defend something you feel is missing or endangered in the world.

What made you decide to pursue a career in film?

I don’t think much about a career in film. I love the peripatetic life.

I have learned there is tremendous leadership in Asian American communities. And I’m not sure I could have found the confidence to choose to be in the artistic minority without my unelected experiences as a social minority.

I consider a book I wrote called The Monologue Plays to be my biggest accomplishment. The book is a collection of 75 short plays, all in monologue form and mostly unrelated. It expresses the deepest range of thoughts and emotions of anything I’ve done.

Distributing this film. I love getting to see this country (and others) through the prism of its movie theaters.

Quote to live by

“Beauty is about the improbable coming true suddenly.” – Charles Simic

For more information about his film, In the Family, visit the Official Film Page.