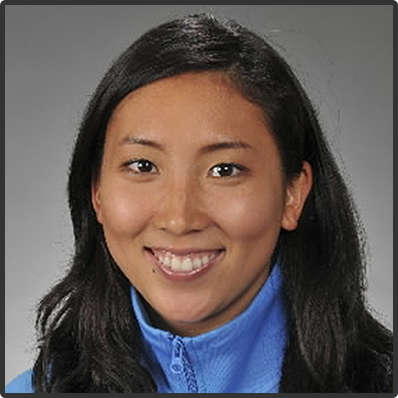 This month’s GATG Spotlight is truly an inspiration. It is no wonder that Rebekah “Becky” Kim won the 2012 Sunna Lee Leadership Scholarship. The entire ATG team and scholarship committee is so impressed by this young talent and can’t wait to see all that she will accomplish. She is a U.S. Olympian (Beijing Olympics Games), a 2 Time Athlete of the year and has won the OSU Scarlet and Gray Leadership Award and a 7 Time USSS All-American Award. She has served on the Leadership Team at Sarang Community Church and volunteered for the Bay Area Rescue Mission.

Rebekah Kim’s journey to the Olympic Games started at the age of nine.  She has been involved with the sport of synchronized swimming for 19 years.  In 2004, she led Ohio State’s Synchronized Swimming Team to win a National Collegiate Championship, winning gold in all three events (duet, trio, team).  With one year left at OSU, Rebekah took a break from school to train with the Olympic team in 2006.  The eight-time national team member helped the U.S. win gold at the 2006 World Trophy Cup in Moscow, Russia, which marked the first victory over the Russians who have been reigning champions for the past ten years. In the following year, Rebekah participated in the 2007 Pan Americans Games, where the U.S. finished gold, securing their spot in the 2008 Olympic games.  Kim made her Olympic debut in Beijing, 2008 where the U.S. placed fifth. Following the Olympic games, she returned back to OSU to complete her schooling where she led the team, as team captain, to win another National Championship in 2009.  That same year, she was named Athlete of the Year.  She is the first Korean American to have ever made the U.S. Olympic Synchronized Swimming team.

Currently, Kim gives back to the sport by raising and coaching the next generation of synchronized swimmers.  She is also involved in the governing body of USA Synchro. She was selected as the United States Olympic Committee Athlete Advisory Council Representative, where she was one of five officials who selected members of Team USA for the 2012 London Olympic Games.  To help her community, she partners with the Southern California Committee for the Olympic Games (SCCOG). She is a speaker for Ready, Set, Gold! (RSG!), a program that tackles the epidemic problems of diabetes and obesity through the promotion of health and fitness in the Los Angeles Unified School District.  In addition, she serves on the leadership team at Sarang Community Church in Anaheim.  She has visited churches and orphanages in Israel, Indonesia, Mexico, and Korea with the Lost Sheep Mission Ministry to give faith, hope, and education to those in need.  Lastly, she is very excited to be giving her $1000 to the Bay Area Rescue Mission in Richmond, California where she has been serving the homeless for 15 years. She is currently attending the University of Southern California pursuing a M.A. in Teaching.

What does it mean to you to “go against the grain?”

A person “going against the grain” is not only a trailblazer, but is also someone who dares to thrive on unfamiliar grounds.  Their drive is passion, empowerment and a whole lot of “everything is possible” attitude.

How do you go against the grain?

I think I go against the grain by believing in the truth that I’ve been entrusted with certain talents and abilities to dream and to be a part of something that is bigger than myself. I am teaching, equipping and empowering our younger generation to conquer their own dreams and fears – not letting them justify their shortcomings or circumstances – and doing it all so that they can do the same for others.  The other week I was invited to a school dance (one of the schools I’ve been speaking at) and I had a fifth grader come up to me and thank me because I helped her overcome her fear of dancing in front of people.  It forced me to bust out some of my special moves that I thought were long gone, but it did the trick!

On “What makes a good leader?” (excerpted from scholarship essay)

Every leader must be raised and taught and must therefore, be teachable…A leader with a teachable heart, regardless f the shortcoming she may have, will in the end bear life lessons which can transform and make great impact on people’s lives…A good leader must know exactly where she is coming from…must know where she is going…is aligned with her passion and goals. She knows where she is effective and where she is not…Furthermore, a good leader knows when and how to say ‘no.’ A leader should have a giving and servant-like heart, [but] is not merely a slave to be pushed around…and knows the boundaries of her own and those of others….A good leader never ceases to motivate and encourage others, especially when people are lost without hope. [A leader is ] a seeker of the truth [who] not only accepts herself, but accepts the society she lives in. She holds true to what is right and just in her own heart through her actions, as well as her actions in life. Therefore, it can never be the title, rank or position that makes a good leader, but rather the character of the person that does.

What made you decide to pursue a career in teaching and previously, sports?

Growing up, I decided to be involved with sports because I was an extremely active child.  My mom recognized my athletic abilities and allowed me to experience all kinds of sports and activities including gymnastics, golf, dance, ballet, swimming, diving and figure skating (I am truly blessed to have such an awesome mom, who I believe also, went against the grain by her willingness to support me in my passion to excel in something other than academics and music).  I finally decided I wanted to pursue synchronized swimming because it encompassed everything I loved- swimming, gymnastics, dance and music!  After the Games in 2008, I went into coaching and I really loved the teaching aspect of it.  There’s something so rewarding about seeing the lightbulb go off in your students’ minds and body.  When I went to Indonesia for a mission trip in the summer of 2009, I found myself in a rural area among tons of children.  I had heard that there was a great lack of teachers in the area and I felt an overwhelming burden come upon me. I remember thinking to myself, “What about all of these children?  Who’s going to teach, lead and empower them?”  I believe teaching is a tool that you can use wherever you go.  It’s a critical asset to have if you want to inspire and have great impact on people’s lives.

To be considered to have “potential” in the sport of USA synchronized swimming, one is required to have “straight” long legs, be tall, and have a toned, athletic built body- most of which were out of my control- I was shorter, had bowed legs, and I’m Asian.  Although I practiced just as hard as my teammates (10 hours a day in and out of the water), I always had a higher percentage body fat with less muscle definition.  It was always a challenge being compared to an ideal synchro athletic body that was more fit for my white, long legged teammates.  At the age of 14, my coach told me to tie my legs together while sleeping to get rid of my “bowed leggedness.”  In the end, I was still the same person, but I made the Olympic team.  Sometimes, you have to figure out what makes you unique and stand out from everyone else, rather than figuring out how to be like everyone else.

Many people would think the fact that I competed in the Olympic Games is my biggest accomplishment.  I think differently.  Two months before the Games, I had a freak accident in the pool while doing acrobatic lifts.  I ended up tearing my ulnar collateral ligament in my left elbow and having nerve impingement in my entire right arm.  I had to cast both arms.  I had 19 doctors diagnose me and was told that it would take 9 months to recover.   Those two months were the hardest months of my life.  There were days I wanted to give up – the possibility of not being able to compete in the Olympics and 16 years of my life in this sport going down the drain because of an injury would have been the hardest thing to swallow.  Instead, I pressed on and even though I was in a lot of pain, I fearlessly competed.  Till this day, I don’t know how I was able to do it.  The only thing I know for sure is that without my faith in Jesus and myself, it would have been impossible to overcome.

I’m excited to start student teaching in the fall.  I’m going to be coaching less hours, but at least I’m still able to coach!

Passionate about: Jesus, youth kids, food, any activity that involves the beach, music, shoes/accessories and doing tricks with my adorable one year-old niece!

Favorite food: Nothing can beat a juicy slab of ribeye and red wine together.

Can’t live without: My planner (some of my friends laugh at me because it’s the size of a college textbook and I carry it around with me everywhere I go) and sadly, my iPhone…I dropped it in the pool while coaching the other day, and I literally felt handicapped.

What it means to you to be named the 2012 Sunna Lee Scholarship Winner:

I am extremely encouraged to know that an organization such as ATG, that is truly making a difference in the Asian American community, is supporting me in my endeavors to be who I want to be and do what I want to do.  It definitely makes a special mark in my heart and impacts my life in a way that I would like to do for others. 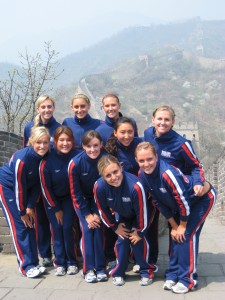 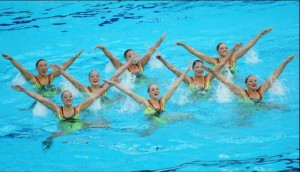 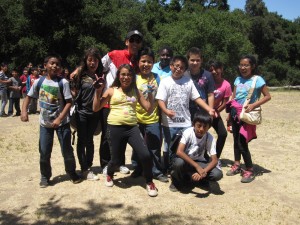