Tammy Nguyen Lee’s life reads like a movie script: When she was just three months old, her mother took her out of war-torn Vietnam to a Hong Kong refugee camp, where they lived for over a year, then moved to the United States. She grew up in Garland, Texas, where she graduated near the top of her class and then accepted a scholarship to SMU. She won the title of Miss Asian American Texas at age 21. Majoring in Cinema (now Film & Media Arts) at SMU, she was a campus leader in the East Asian Student Association and the SMU Asian Council. After graduating in 2000, she earned her M.F.A. from UCLA, where she began work on an award-winning documentary, Operation Babylift. Motivated by the work she could do to positively impact the world, Nguyen Lee created the nonprofit organization Against The Grain, which promotes education, cultural awareness and Asian American artists. She is a television show consultant/producer and the energy behind an annual haute couture fashion show that raises money for orphanages in Asia. She met her husband, George Lee, a West Point graduate, while playing the role of his wife on a photo shoot. In 2010, SMU presented Nguyen Lee with the Emerging Leader Award, given to young alumni who show distinguished service and extraordinary achievement in a particular discipline, organization or cause. Shortly after receiving the award, she and George had their first child, a baby girl they named Gabriella.

MPRINT magazine visited with Tammy recently to catch up on the latest adventures in her life.

Tell us what you’ve been doing since received SMU’s 2010 Emerging Leader Award.

My life has been completely turned upside-down, from being someone who is incredibly organized and had life planned down to the second, to being a first-time parent learning to go with the flow.

One of the biggest lessons about becoming a parent was being able to adapt at a moments notice, because it’s never about you anymore, it’s about someone else. And that’s a good lesson for anyone. In life you should have a vision and a game plan, but be open to reading the winds of change and be able to adapt very quickly. The people who survive the best are the people who can learn to bend when the wind is strong. And the wind was really strong for me last year! [laughs]

Your mother was a big influence in your life. How has she mentored you?

She came to the U.S. [from Saigon, in 1978] in her early twenties, having to completely start over after the war. The family had everything taken away from us because of the Communist regime, and so the only way to have a better life was to leave. We came as boat people.

Coming here to the U.S., she had me [age three months], and then 7½ years later she had my sister. With two children, she worked two to three jobs, regained a bachelor’s degree and then a master’s degree in record time, with honors. In Vietnam she was always at the top of her class, always doing extracurriculars.

After producing Operation Babylift, you were moved to create a nonprofit organization called Against The Grain Productions (ATG). What do you see in the future for ATG?

We’ll continue to create films and events to promote awareness and unity of the Asian American culture and identity.

We’re also expanding how much money we can give for scholarships. Last year we gave two $1,000 scholarships. One went to an SMU student, Meadows junior Monika Thao-Ngan Hoang (B.A. Creative Advertising, ‘13); she’s a wonderful girl. The grant helped her buy printing supplies and will help send her to the annual ONE Show ad conference in New York.

Tell us about ATG’s annual Fashion for a Passion event. 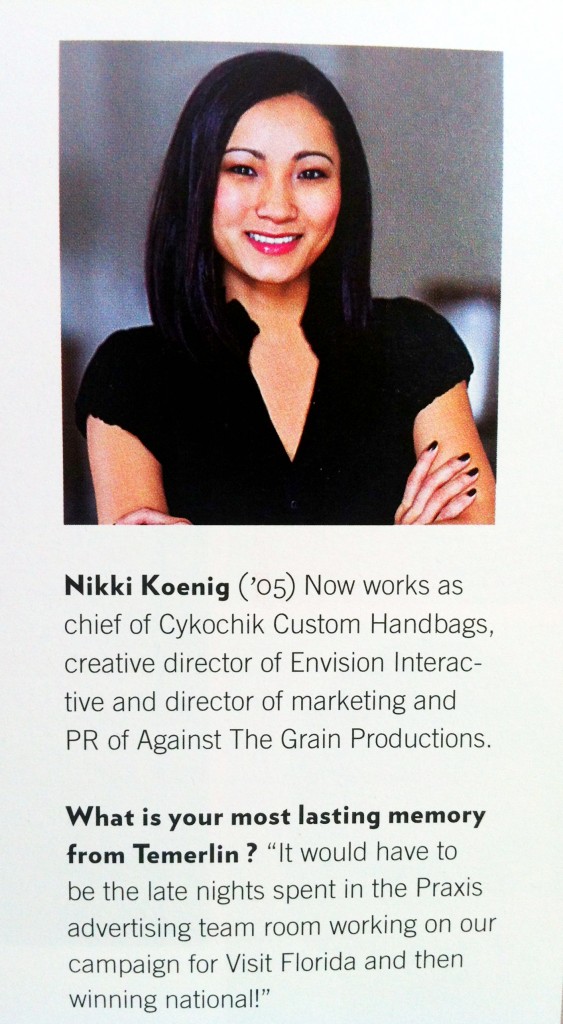 Fashion for a Passion is unconventional. The event raises funds for Asian orphanages, and we do it with designers, musicians, visual artists, singers, anyone who is involved in the arts. The spotlight is on the designers; many are from Dallas and Texas, but some are from New York and Los Angeles. In the past we had Ninh Nguyễn, now in New York, of NINH Collection, and Khanh Nguyễn of Nhã Khanh; Khanh just exploded after her first Fashion for a Passion show. Some of our designers are SMU grads, like Nikki Duong Koenig, owner of Cykochik Custom Handbags. Nikki started her collection when she was a student at SMU.

Operation Babylift was an impactful film that touched a lot of people. Looking ahead, are there other film projects you’d like to work on?

I’d love to get back into the hard issues, the issues people don’t want to talk about, like domestic violence. And children’s advocacy. As a mother you become more and more passionate about children and families and women’s issues. But it’s hard to find the time to pour into a film when raising a baby. There’s a lot I want to do. I want to find those people who have a voice but haven’t been heard.

There’s motherhood, family, Against The Grain…you also work as an independent television consultant?

Yes. Before my life as a mom, I was a full-time TV show development producer. I consulted on cable reality shows such as Girl Meets Gown (series for WE TV) and Ma’s Roadhouse (truTV). I continue to consult production companies who want to develop TV shows. I have the best of both worlds: I can stay home, set my hours, still be active doing what I’m good at, help pay the bills, and I still get to be around Gabby and ATG.

When you were a student at SMU, was there anyone who particularly inspired you or helped you on your career path?

There were always film professors who helped me grow as an artist. Professors like Rick Worland, Tom Bywaters and Kevin Heffernan always let me follow my muse and were supportive.

What advice do you have for today’s SMU student?

I know that for me, I started out not being a typical SMU student. I didn’t rush Greek. I felt independent of the cultural fabric. I felt kind of like an outsider, watching to see where I fit in. I think the best way as a student, whether you feel like SMU is in your blood or you’re one of those students on the outside, is to dig in. That’s when I was able to find what I was good at, where I could give back.

While I was at SMU I was involved on campus. I was president of the East Asian Student Association and participated on Asian Council; I was Chair of the Program Council/Films Committee. That’s what plugged me into the mainstream SMU community.

A quotation I always live by is by Richard Bach, in his book Illusions. I read it when I was a senior in high school: “You’re never given a wish without also being given the power to make it come true. You may have to work for it, however.”

SMU MPrint is a magazine for alumni and friends of SMU Meadows School of the Arts. Read the original online article here. 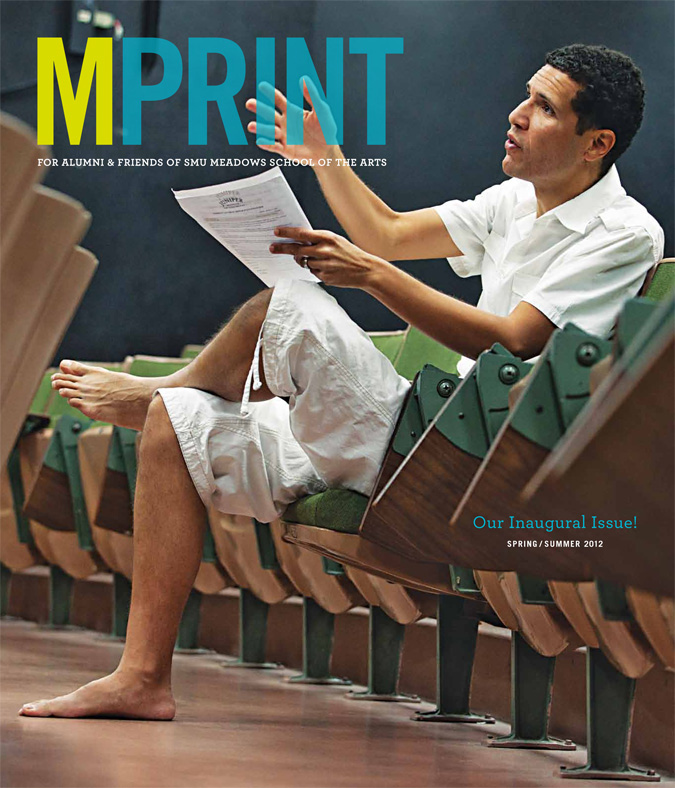