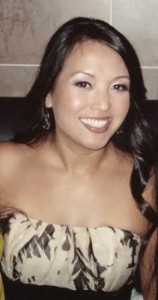 Grace Borrero is currently the Manger of Development & New Series for cable’s fastest-growing network, Style.  Her team is in charge of creating fresh content for the channel and overseeing new series from pitch to delivery.  Grace constantly meets with producers to discuss the network’s needs and collaborates with them on developing new shows.  She has nurtured some of the network’s highest-rated series, such as Jerseylicious, Giuliana & Bill, Ruby and Kimora: Life in the Fab Lane.  Grace was also the recipient of the 2008 Ingenuity Award for the Comcast Entertainment Group.
Grace graduated from UCLA with a B.A. in English and Minor in Asian American Studies.  While at UCLA, Grace proudly received the Royal Morales Prize in Pilipino Studies and created the Pilipino Organization of English Majors (POEM).  Immediately upon graduation, she jumped into the production world at MTV.  From 1999 – 2003, she focused primarily in production management, handling all logistical aspects of production, such as hiring crews, overseeing shoot schedules and booking locations.  Grace then transitioned into producing and worked on multiple reality shows, such as Lifetime’s Instant Wedding,  VH-1’sKept and MTV’s Next. As a producer, Grace developed storylines, managed talent and helped execute the creative vision of the series with the Executive Producers.
Grace is an active member of the National Association of Multiculturalism in Communications (NAMIC), Women in Cable Telecommunications (WICT), Coalition of Asian Pacific American in Entertainment (CAPE), Visual Communications (VC), FilAm Creative, Filipinos Hollywood Mafia (Co-Chair), UCLA Alumni in Entertainment, APA@NBCUniversal (Co-Chair, Professional Development Committee) and the Diversity Council for NBCUniversal.  She has also participated in the NAMIC and WICT Mentorship programs and was a selected participant for the 2011 NAMIC Leadership Seminar.
Full Name
Grace Anne Flores Borrero
Hometown
Diamond Bar, CA
Current City
Los Angeles, CA
Ethnicity
Pilipino American
What does it mean to ‘go against the grain?’
‘Going against the grain’ means taking chances and believing in risks.  It means not being satisfied with the status quo, but passionately initiating change for the better.
What made you decide to pursue a career in cable television/entertainment?
As a college student, my goal was to work in the media and share stories that would touch people, particularly women and ethnic minorities.  The plan was to become a journalist, until I landed a Production Assistant gig at MTV, which I thought, at the time, was the coolest job ever!  I discovered I had a knack for pulling together shoots, especially since my strengths were being ridiculously organized and detail-oriented.  As I climbed my way up the ladder, I found that this was another way of storytelling, except it reached a larger audience than writing would.  Now, my job at the Style Network allows me to connect to our female viewers by creating aspirational and entertaining content that they can relate to.
What challenges have you faced/lessons learned as an Asian American in this field?
The obstacle I have faced in this industry is being perceived as passive and weak.  No matter how smart I am, or how much work I produce, some people refuse to give me opportunities I deserve because I am viewed as the “quiet little Asian girl.”
What is your biggest accomplishment and why?
Personally, my biggest accomplishment was completing two marathons (San Diego in 2004 and Las Vegas in 2005).  I’m not a runner by any means, and the fact that I could finish a marathon – twice – still blows my mind. Professionally, my biggest accomplishment was being asked to be on the Diversity Council for NBCUniversal.  Since I started my career in TV, it’s always been a personal priority to get more people of color in front of the camera and more executives behind the scenes.  Being on the Council, I now have a bigger role in ensuring that.  It’s a dream come true!
What’s up next?
I’m continuing to develop more edgy and diverse shows for Style.  I’m also actively networking with the several professional groups – I love connecting people and helping them along their career path!  As a Co-Chair for APA@NBCUniversal, we will be doing a Rock the Vote event in March and a mixer for Asian American Heritage Month in May.
Quotes to live by:
“Never give up, for that is just the place and time that the tide will turn.” – Harriet Beecher Stowe
“You will never change what you tolerate.” – Joel Osteen
Sign:
Snake/Sagittarius
Passionate about:
Diversity and cooking
Favorite food:
Sushi.  However, my last meal on earth would be Chicken Adobo with rice, lumpia and pancit malabon.
Can’t live without:
My family