Fashion for a Passion Event Details:

“We have such an amazing pool of Asian American talent to choose from that it was hard to narrow down our list to just four,” says ATG president and co-founder Tammy Nguyen Lee. “We also decided to do something ‘Against The Grain’ this year and include the dance talents of one of our scholarship winners Lizzy Tan. Her contemporary performance promises to give a new and exciting dimension to our event.”

Each year, in addition to incredible performers, Fashion for a Passion features the work of emerging Asian American fashion and jewelry designers through an exciting runway show and showcases the creative forms of rising Asian American artists during the evening’s silent and live auctions.

This year’s show will again be emceed by LeeAnne Locken, actress/spokesperson and social fashionista, along with Elizabeth Dinh, morning news reporter for KTVT CBS 11, former Miss Asian American Texas and Ambassador for Against The Grain Productions.

For more press and media information on the event, please contact our marketing and public relations team at PR@AgainstTheGrainProductions.com.

The 6th Annual Fashion for a Passion Musical Talent Line-Up 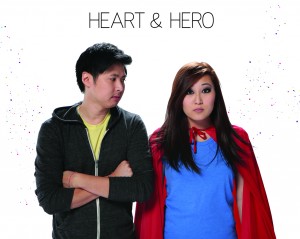 Heart & Hero is an indie-pop band from Dallas, Texas, (formerly Duette) fronted by Thai American Tex Sirisawat and Korean American Angela Yi. The musical collaboration aims to capture hearts by proving that you can make it out of heartbreak alive. The band is influenced by everything from 50’s music, 90’s indie-rock to 80’s new wave and synth pop with a little dash of Motown thrown in. This project is about the love between a boy and a girl; romantically sung and tragically told, by a boy and a girl. Debut album was released in Dallas on August 9, 2014.

“We are honored to be selected again as we have been supporting FFAP for the past few years.  It’s great to be back with a new album, and hopefully, we both get bigger and better! We hope to make new friends and connections and maybe, just maybe, there will be those whom we have inspired or will tell us that they connected with our music.”  – Heart & Hero 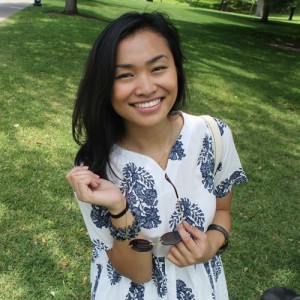 Jonavi was only four years old when she enrolled in a performing arts program in her hometown. Since then she has been actively pursuing music, from studying classical piano for ten years and performing at multiple venues to uploading well-received covers on YouTube. A Filipino American with a love for Pop and R&B, Jonavi’s goal is to reintroduce lyricism to the mainstream world of music. In addition to working on her first album, which is set to release in November.

“I’m extremely thankful to be performing at FFAP. I appreciate the artistry that goes into fashion, and so to be able to present my music at an event as creative as this is a privilege. I also admire what ATG is working to accomplish through FFAP. It’s an honor to be a part of an organization that not only supports Asian American artists, but also raises awareness and financial aid for community outreach programs.”  – Jonavi 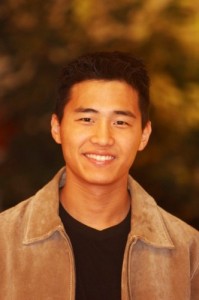 Andrew Yun is a Korean American, Dallas musician and 2012 Kollaboration Chicago finalist. He is a graduate of Miami University of Ohio and majored in English and History. Inspired by his upbringing in areas of the U.S. with extremely low populations of Asians, Yun has become a strong endorser of Asian and Asian American artists in the music and film industries. He recently signed with The Kim Dawson Agency Talent Division as an actor and is excited to join Kollaboration Dallas’ collective effort to raise awareness of Asian American artistry through a shared love for music. For samples, please visit http://www.youtube.com/AYunMusic.

“It’s truly an honor to be selected as a musical artist for FFAP because their purpose stands for so much of my personal goals and overall mindset in changing the perspectives and opportunities that permeate through the American culture. I’ve always made efforts to represent Asian Americans in a way that broke through racial barriers and stereotypes, so the opportunity to perform is definitely exciting. The stereotypes of weak, nerdy or undesirable Asian men is no secret in today’s American media. Growing up under this type of presumption myself, it’s been a personal commitment to allow other Americans to see that a stereotype doesn’t define an individual. Whether through music, acting, or athletics, I try every day to break away from what I’m perceived to be and break into who I actually am and hope to become as an unique individual. I hope that my performance at FFAP will be a step towards fulfilling this collective cause.”  – Andrew Yun 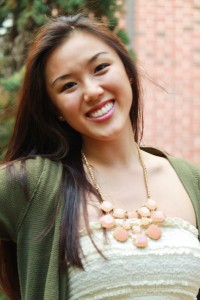 Singaporean American Lizzy Tan is a 2014 ATG Artistic Scholarship finalist and the first dance performer to take to the stage at Fashion for a Passion. Exposed to the arts at a young age through piano and dance, the college sophomore will continue her artistic pursuits as a Dance and Economics major at The University of Texas in Austin. Tan received the majority of her training with the Houston Metropolitan Dance Center, The Movement Lab and Lamar (High School) Dance Theatre. Her dance pieces “Absolution” and “3×3” were adjudicated and selected for the 2013 and 2014 “Houston Choreographers: Generation Next” Galas. In April 2013, Tan choreographed and co-directed a full-length dance benefit named “Dance for Thought: The Alzheimer’s Awareness Project” for the Alzheimer’s Association. She considers her dance style “contemporary fusion,” which incorporates her cross-training of ballet, modern, contemporary, jazz and hip-hop. To learn more, visit Tan’s YouTube channel at http://www.YouTube.com/user/liztan123.

“I am confident using the gifts I have been given… I do not have to fit in with traditional Asian expectations, public demand for dance, or American culture. I go Against The Grain with others like me who treasure our uniqueness and desire to honor both where we have come from as well as what has shaped us.”  – Lizzy Tan

ABOUT AGAINST THE GRAIN PRODUCTIONS

ATG Against The Grain Productions, Inc., a Dallas-based 501(c)(3) non-profit organization, is an innovative resource that creates educational, cultural and artistic opportunities for Asians and Asian Americans through films, media, programs and events; promotes awareness and unity of Asian American culture, artistry and identity; and gives voice to significant, relevant and untold stories in our community. Inspired by the stories from producing/director her award-winning feature documentary, Operation Babylift: The Lost Children of Vietnam, President Tammy Nguyen Lee co-founded ATG in 2008 to help raise funds for orphanages in Asia. Continually reaching out and helping those in need, ATG soon after expanded its philanthropy to include scholarships for impressive Asian American high school, college and graduate artists and leaders, awards to help Asian American adoptees attend heritage and culture camps across the U.S. and host event that provide mentorship and leadership to the community. ATG is made up 100% of volunteers – no one is paid, except in smiles. Administration and marketing costs are kept to an absolute minimum so nearly 100% of donations can be given away.