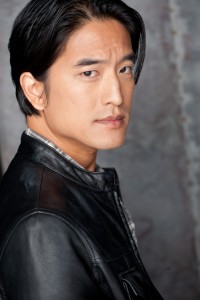 Jack Yang is an actor, writer, producer and director. He has been seen on various televisions shows, movies and video games over the past 17 years. Jack started early-on as a model and commercial actor while doing extra work on television shows. He studied Directing and Photography at the Art Center College of Design in Pasadena and then transferred over to Theatre and Film Studies at the American Academy of Dramatic Arts and South Coast Repertory Theater. He has guest-starred on Law and Order: SVU, CSI Miami, Scrubs and Grey’s Anatomy. He has written many movie scripts, directed small budget projects and is currently working on his own personal project that has taken over a decade of research and preparation. He plays the leading man in indie film, A Leading Man, which has been doing well in festivals from Taipei to Philadelphia. He just wrapped up ADR for the new Jesse Eisenberg/Kristen Stewart film, American Ultra, which opens on August 21st.  (Look for him in a fun part at the end!)

You do whatever it is that inspires your desire to create and live life with eyes wide open, regardless of what the rest of the herd is doing.

I didn’t see Asians in movies or on T.V. much except as a stereotype, and I felt like making a change and seeing if I couldn’t turn it around by playing real non-stereotypical characters.

Being Asian is hard. European Caucasians can look like anyone under the sun.  Asians look like asians period.  Anytime more than two of us work together, it’s because there’s an “Asian episode.”

Being able to succeed at acting and getting my mug on T.V. despite myself.

Guest star on Nightshift on NBC Monday 2/23 after The Voice!

The grain sucks, and everyone following it is heading off a cliff.

Check out more of Jack’s work on his IMDB.com.