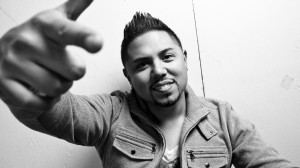 “If laughter is medicine, comedian Joey Guila has your prescription. A complete entertainer on stage he takes you through a journey of Old School and New School with his act outs and accents.”

His multicultural style of comedy hits home for all audiences, whether you watched his show in Hawaii or Hong Kong you left crying and his mission was complete. In 2003 Joey won the regional “Kings Of Comedy” competition ran by Latham Entertainment who is the founder of “The Original Kings Of Comedy” which include, Bernie Mac,Cedric The Entertainer, D.L. Hughley and Steve Harvey. Joey was invited to perform with Latham Entertainment at the MGM Grand in Las Vegas and the Universal Amphitheatre in Hollywood. Before Comedy he was a licensed cosmetologist working at the worlds famous Jose Eber Salon in Beverly Hills. He still laughs at the fact that he was the only straight Filipino Hairdresser on Rodeo Drive. Joey has been featured on VH1, G4 Tech TV, Showtime and on HBO with P Diddy’s comedy special.

Joey has hosted two TV shows on Myx TV called “Thats My Jam” and “Myx Rated,” which recently won a Telly Award. His past guests on his shows have been Justin Bieber, PitBull, Boyz II Men, Naughty By Nature, Jason Derulo and Amerie, to name a few. He is currently the headliner on “The Filipino Kingz” Comedy Tour and also will be on the Verizon’s APAHM tour, which will be at Club Nokia in LA, The Regency in S.F. , The Fillmore Silver Theatre in Washington D.C. and in New York at The Best Buy Theatre. Lookout for his latest project coming soon, www.gearaddix.com with cohost Keiko Alingas.

To Laugh is to Live, so Live Long and Keep Laughing….

It is like driving the wrong way on a one way street and giving the peace sign at everyone that calls me crazy.

What made you decide to pursue a career as a comedian?

For the chicks..Hahaha j/k! Since I was a kid, I always loved to entertain my family and friends. The thought of spreading healing laughter to strangers and possibly getting paid to do so brought me excitement.

I learned that my material must be universal and to being able to adapt to all audiences. The biggest challenge with standup is finding your own voice, it took years to finally find out to just be me.

Seeing my parents in the audience of a comedy show I headlined laughing hard and having their support. Catholic school definitely paid off.

I’ll be on The Filipino Kingz Of Comedy Tour and Hosting a Tech Show called “Gear Addix.”

Quote to live by: Love Thy Neighbor but turn your alarm on

Passionate about: My Facebook status updates and trimming my goatee

Favorite food: Anything with “Chow” in the name