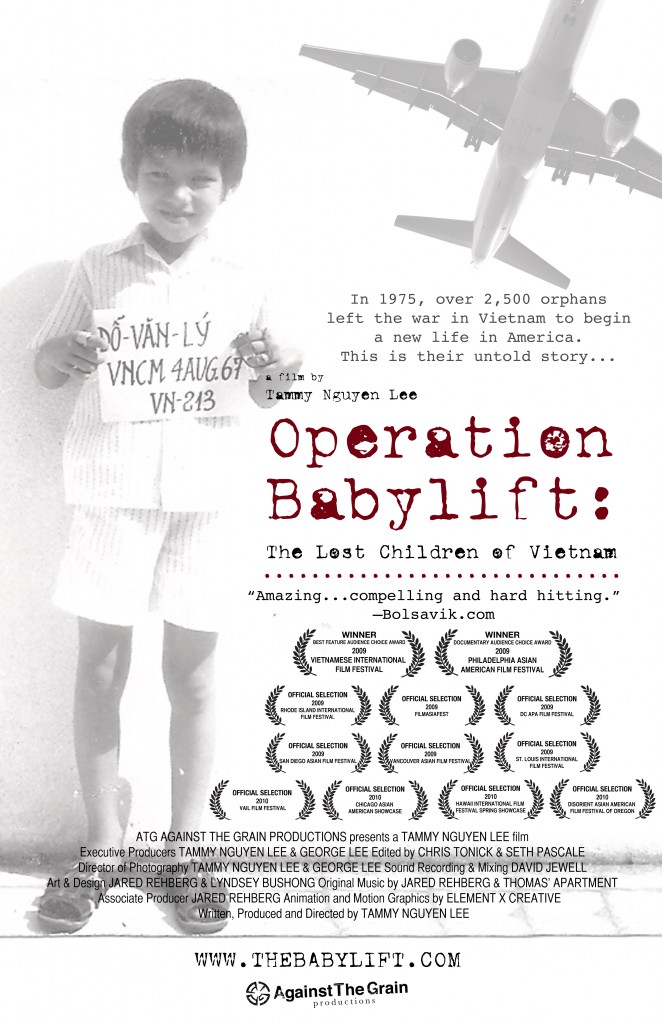 Throughout the year, we partner with schools and non-profit groups to share screenings of Operation Babylift around the globe to provoke meaningful conversation about identity and adoption.

“Operation Babylift” was a $2 million U.S. initiative that airlifted more than 2,500 Vietnamese orphans out of a war-torn country to protect them from the impending threat of the Communist Regime. Coined by some as “one of the most humanitarian efforts in history,” it was also plagued by lawsuits and political turmoil. Even with the best intentions, these adoptees grew up facing a unique set of challenges in America, including prejudice overshadowed by a controversial war and cultural identity crisis.

Nearly thirty-five years later, this award-winning documentary takes a candid look at a significant, yet untold event as seen through the eyes of the volunteers, parents, and organizations directly involved and uncovers the “lost” stories of the adoptees and who they have become as adults. This documentary is a contemporary look at Babylift and its relevance to international adoption today through the eyes of the adoptees themselves. The movie features compelling and insightful interviews from a cross-section of adoptees and Babylift volunteers.

Click here to learn more about Operation Babylift, to find upcoming community screenings and to purchase your copy of the film for public performance, educational/institutional licensing or home viewing. All proceeds from sales benefit ATG’s supported orphanages in Vietnam. To schedule a screening, contact outreach@againstthegrainproductions.com.