My journey began with a cancelled flight, a detour to Charlotte, North Carolina, a mad dash for the car rental office at 12:30AM, a snowy drive through Ontario driving 50 km per hour (yes, kilometers) and a beautiful blue blinking dot  following a purple line to my destination on the Google map. It was 8 degrees (with wind chill factor as well) at 2AM, but I couldn’t have been happier. I had left the island of Manhattan and all the noise to the sound of wind and snow crunching under my boots. I hit the Power button on the rental car, (first time driving without keys, weird!) stepped out into the night and said, “Thank you Waterloo!”

The day of the screening began with a visit to the local guitar shop to pick up my rental. It was a Gibson. Score! Not bad for a rental, eh. The crowd gathered in for the film, students, faculty and friends of Bert and Sarah Ballard. After many road trips and screenings, this was the first time I got to watch the film with the main characters, Sarah, Bert, Adria and Kayla (and their soon-to-be son and sibling  Jayden, adorable!). The crowd filled one and a half theatres, many who had waited months for the film to make its way to Waterloo. The Q & A was moderated by the woman who helped bring their son home from Vietnam. I proudly represented ATG and all the adoptees who could not be in attendance. I reunited with an old  friend from one of the first adoptee reunions in 2000, Katie Nixon, and made new friends as well. After the Q & A, I plugged in the mic and sang a few sets of music for the crowd who gathered to celebrate our film. ATG sold many DVDs and inspired new stories to be told about Canada’s adoptees. As they say, time flies when you’re having fun. So, after an amazing Mennonite (Like the Amish, kinda) brunch and good times with the Ballard family, I was back in the rental car driving toward Toronto. The good old radio didn’t disappoint, with Canadian favorites like, Bryan Adams, Sarah Mclachlan and Alanis Morrissette. It was karaoke hour in the rental. I was reminded once again why I love to travel and return home with the same smile as I left. (Of course I had to detour to Philadelphia, but that’s another story for another time).  Thank you to the Ballard family. Thank you, Waterloo! 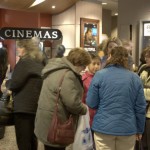 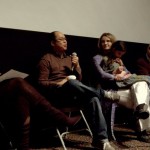 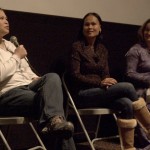 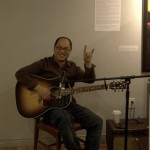