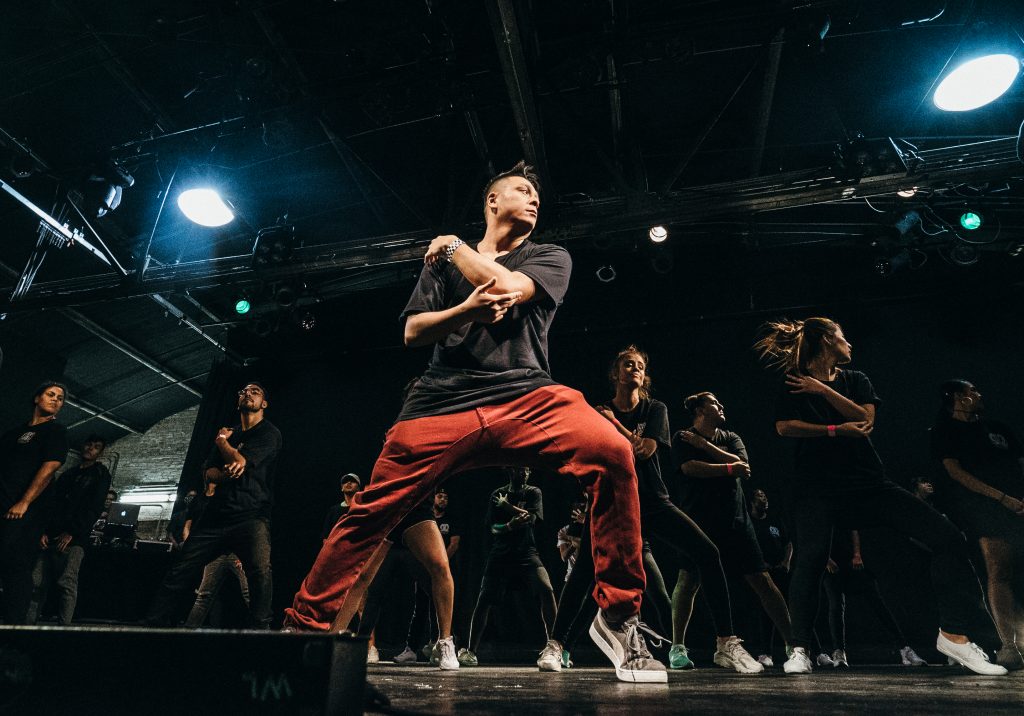 Like all kids that enjoy dancing, Andrew D. Nguyen started by learning from music videos at home and with his friends. At the time, he was not aware with many other genres of dancing or that being a dancer would be a possible career path for him. In 2007, he saw dance team Wyldstyl perform at a date auction event and immediately became interested.

He later on eventually auditioned and became a member of Wyldstyl himself. From there after many years of training and being on the team, he built his way up to be director and opened up Soundbox Studios, a place for anyone with the desire to dance.

Full Name:
Andrew Dat Nguyen
Hometown:
Houston, TX
Current City:
Houston, TX
Ethnicity:
Vietnamese
What does it mean to you to “Go Against The Grain”?
To be quite honest with you, I don’t even think about the grain anymore! I simply do. If it feels like the right thing to do for Me, then I will or will not do it. My mother allowed me to pursue anything I wanted. I know most parents want you to do a certain thing or push you into a certain profession, but whenever I asked, my mother would always say “Do whatever you want, as long as you are happy, making money, and not being a bum; that’s all that matters to me.” So I was pretty lucky!
What made you decide to pursue a career in this industry?
Opportunity. I fell in love with dance and when I joined Wyldstyl, the studio was in the midst of closing down. Myself and the older members of the team had a choice: bounce between studios and risk having the team fall apart, or put our names on a lease, for a space, to keep it together. We chose to keep our dance family together.
What have been some of the challenges you faced/lessons you learned as an Asian American in this field?
I am fortunate enough to be in a field where your ethnicity doesn’t matter. I learned that the only thing that matters is your work ethic and ability. The dance community is one of the most diverse and encouraging communities. If you have the skill and you give everything, people recognize that.
What do you feel is your biggest accomplishment and why?
Riot Squad. They are the junior competition dance team at Soundbox Studios. I have been blessed to have witnessed many generations of kids come through my studio, and it is a joy to see them go through high school, college, and beyond. There is nothing greater, for me, than to see a kid with low self-esteem or super shyness, come out of the studio standing taller, and stronger.
What’s up next?
Soundbox studios has been in business for over 7 years and we are finally getting into a bigger space! We will be open March 6th, 2017 at 3300 Chimney Rock Road, Suite 500, Houston, TX 77056. Our grand opening event is April 1st, and we always throw down with a big show. If you want to see what we’re all about, this is the event to see.
As for me, personally, I have a few projects up my sleeve. One project is to set up an inter-high school dance competition. The dream would be able to set up a series of competitions leading to a city wide competition between the school districts. I believe there is amazing talent, in this city, and I want to create that platform for that talent to flourish.
Quote to live by:
“When I let go of what I am, I become what I might be” – Lao Tzu
Sign (Eastern Animal Sign & Western Zodiac):
Year of the DOG! and a Libra. Best of both worlds 😀
Passionate about:
Learning and teaching.
Favorite Food:
Rice! Rice with anything!
Can’t live without:
Peace.
I Go Against The Grain #beCause:
living by my own standards is the best life I could possibly think of.
Share and Enjoy: