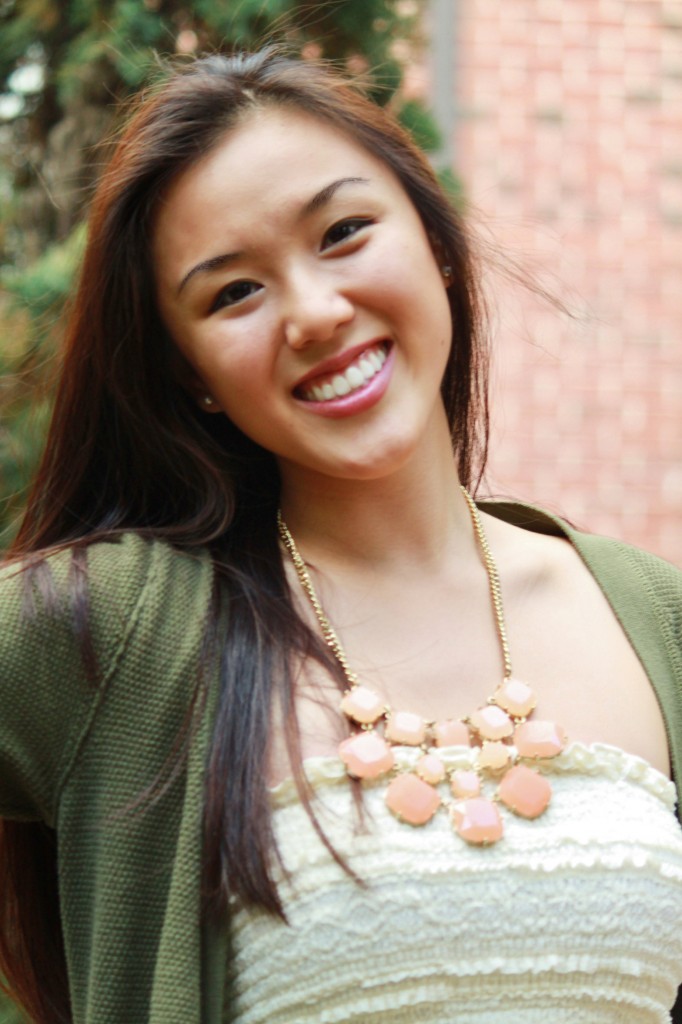 Sophomore Lizzy Tan has been one busy Longhorn since receiving an ATG Artistic Scholarship award in 2014. As a member of the University of Texas’ Dance Repertory Theatre, she has participated in a number of dance concerts while taking master classes with prominent dance artists. In just the past two school years, Lizzy has won six academic awards and honors, including a Cactus StandoUT Award, first place (twice) in the College of Liberal Arts Freedom of Speech essay contest and membership into the Order of Omega Honor Society. She’s also making a difference across the campus by co-founding Texas Leaders to “establish leadership as part of the University of Texas’ curriculum.”

A Personal Thank You from Lizzy

I am now finishing my sophomore year at the University of Texas at Austin – how quickly time has flown!

As a second-year B.F.A. dance major, I joined the department’s residence dance company, Dance Repertory Theatre. In my first concert, Fall for Dance, I worked with faculty member Andrea Beckham on her piece, Feminist Doormat, which explored feminism in western culture. I was also able to take master classes from artists like Manuel Vignoulle, Alex Ketley, and Alvin Ailey dancer, Mbewe Escobar. In the spring concert, Bodies and Souls, I worked with UT alumnus Alvin Rangel on Vigilia and Erica Gionfriddo on They Have Big Voices Where the Universe Ends. I was also able to perform in the department student choreography showcase, S.E.E.D., and debuted my own piece, trance, in March.

This experience was an incredible way to connect my peers to outstanding professionals, share valuable leadership skills for students to use in their positions, and to network with other exceptional Longhorn students. We plan to continue the leadership conference and begin a panel series next semester.

Increasing awareness of student arts and supporting other artists is something very important to me. Through my new position in the leadership cohort of Creative 40 Acres, I have been working to promote, publicize, and highlight arts-related student organizations, projects, and activities at UT Austin. My co-leader and I manage five social media channels and serve as a resource for UT students – for example, we began a Google calendar for different student organizations to input their events, asked those who wanted to be featured on our social media accounts to hashtag their posts with #creative40, and promote Facebook events for other organizations on our pages. Recently, we organized a campus-wide fair called “block pARTy” to highlight creative student groups like Dance Action, Artists in Action, and Longhorn Singers. We raffled Matt Crump prints, set up tables and sound for the groups, and hosted Mind Canvis, a group that creates adult coloring books.

Recently, I was awarded the Cactus StandoUT Award by UT’s Cactus Yearbook, and will be featured in this year’s edition for my leadership and accomplishments on campus. I also am the two-time winner of the College of Liberal Ars’ Freedom of Speech essay contest – my paper from last year’s contest is being reviewed for publication in the Texas Undergraduate Law Review.

This summer, I will be studying abroad in Havana, Cuba, for a month. During my stay, I will learn about United States-Cuban relations and Cuban arts. I also plan to conduct my own research on the role of the government in the arts (such as subsidies, ministries, agencies, and the like) for my thesis in the Economics department. When I return, I plan to take summer courses at UT and either teach at local dance studios or take on an internship in human rights and social justice.

I am so grateful for the support I have received from Against The Grain Productions, and look forward to the accomplishments of my fellow recipients!