DALLAS, TX – As Madonna said, “Music makes the people come together.” Non-profit ATG Against The Grain Productions presents more than just art and fashion at this year’s 5th annual Fashion for a Passion. There will be four exciting new musical talents set to take the stage and perform a variety of genres, all while supporting a cause that is dear to their hearts. The charity event will take place on Saturday, October 12th from 6:30 PM – 10:00 PM at the Dallas Contemporary and will feature music by Kollaboration Dallas finalists Mijee Park, J.O. and Y.O.!, Kassy Levels (Kollaboration Dallas Winner) and Kendyl Ito (one of this year’s ATG Artistic Scholarship winners), along with a fashion runway show, live auction, art exhibit and more.

“Although the event is named Fashion for a Passion, don’t be fooled. It’s really a three-ring circus,” said President/Founder Tammy Nguyen Lee. “We wanted to bring together a diversity of Asian American artists, and music is an important component. We’re excited to have participation from our community partner, Kollaboration Dallas, as well as have the opportunity to showcase our very own Artistic Scholarship winner.” Proceeds from the evening go to benefit ATG’s supported orphanages in Asia, outreach programs and scholarship fund. 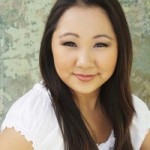 Beauty, brains and talent is what people should think of when we mention Kendyl Ito, an 18-year-old from Sacramento, CA and one of the five ATG Artistic Scholarship Winners. She is currently a freshman studying musical theatre at Pace in New York City. When Kendyl came across ATG’s scholarship, she related to the organization from the ground up. Less than 5′ tall, petite Japanese American Kendyl is redefining color-blind casting, landing leading roles as Elle Woods in “Legally Blonde,” Sandy in “Grease,” Eve in “Children of Eden” and most recently Rosemary in “How To Succeed In Business.”

“Simply put, it is truly an honor to perform at ATG’s Fashion For A Passion event this year! It’s one thing to perform amongst an amazing group of talented artists, but to perform for a beautiful cause like this is truly heartwarming.” – Kendyl Ito 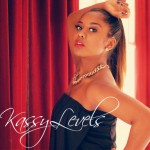 At only 17 years-old, Kassy Levels is not just an amazing vocalist (with a range of three octaves), but a very gifted songwriter and musician from McKinney, TX. She strives to bring back the authenticity of music, with inspirations such as Beyoncé, Justin Timberlake, Alicia Keys and Jessie J. Her vocals have often been compared to several of her inspirations but after hearing her sing, her distinct, well-controlled vocals sets her apart from the rest. Half Filipina and half African-American, she made her debut in 2009 in the Dallas music scene and quickly established a name for herself among North Texas natives. She released her first album, “Storyteller,” in 2011. With her musical blend of Pop/R&B accentuated with her vocals, she has captivated her audiences by blowing away listeners not expecting such power and confident stage presence from this young a performer. She was recently honored as this year’s Kollaboration Dallas winner and is in the process of recording her sophomore album. Follow her music vlog “Street Corner Spotlight” on www.youtube.com/kassylevels.

“As a musician, I can appreciate when people give me the opportunity to share my gift with other people. I love the fact that ATG is providing an outlet for Asian fashion designers to showcase their work, all while giving back to the community! Fashion and compassion, is my kind of combination! I know that there are people who will be inspired by the Fashion for a Passion event and what they stand for!” – Kassy Levels 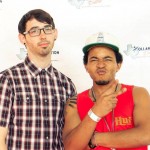 J.O and Y.O.! form an amazing duo with their opposing styles and relentless energy. Josh is an indie pop artist who has been roaming the streets and venues of Dallas with his acoustic pop project, “The Josh Osgood Band.” Anthony Young  aka Y.O.! (who is half Thai and half African American), is an up and coming hip hop artist who regularly performs at Dallas clubs such as Plush and Aqua Lounge. He also produces for VK studios and performs regularly on local radio stations. After meeting through rather auspicious means, the two decided to combine their flavors into something special.

“J.O and YO! are always down to support the young crowd, kids that aren’t as privileged as us. We always enjoy being apart of something greater than our selves, if it be through music, art, fashion so be it. If there’s a difference to be made, we’ll make it” – J.O. and Y.O.! 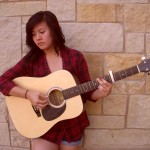 Mijee Park is a Korean American singer-songwriter based out of Richardson, Texas. With a mother who played piano and a father who played guitar, it only made sense for Mijee to pick up and learn from her parents. As a little girl, she sang and jammed out with her parents, started writing her own music and performing at her church choir. At 15, Mijee started working with producer Sang Ham at UG Productions, eventually performing alongside artists such as Joseph Vincent and Decipher. Outside of music, she is working on a nursing degree at the University of Texas at Austin.

“I feel so honored and blessed to be able to share my music through Fashion for a Passion. It’s awesome to know that there is honest support for local Asian American artists here in Dallas.”- Mijee Park

Tickets to Fashion for a Passion range from $50 to $100 and are on sale exclusively online at the FFAP Event Page.

For more press/media information on the event, please contact Elizabeth Dinh or Annie Tran at pr@againstthegrainproductions.com.

ATG Against The Grain Productions, a Dallas-based 501(c)(3) nonprofit organization, promotes Asian American cultural awareness through compelling media projects and raises funds for international orphanages. In addition to giving out annual scholarships to exemplary Asian American student leaders and those pursuing a degree in the arts, they also produced the feature documentary, Operation Babylift: The Lost Children of Vietnam, which has screened at over a dozen film festivals nationwide and received the Audience Choice Award for Best Feature Film at the Vietnamese International Film Festival and the Documentary Audience Choice Award from the Philadelphia Asian American Film Festival. For more information, visit www.AgainstTheGrainProductions.com or www.TheBabylift.com.

Last month, Kollaboration Dallas showcased the area’s top Asian-American talent. Three groups that performed at the event shared their music at Saturday’s Fashion for a Passion event, a benefit for Against the Grain Productions. First up were Peter P. and Robbie G., also known as Peter Phoutthavong and Robbie Guanlao. They were followed by iCare, whose members are Aria Cundick, Dmitri Ukraintsev and Robin Ahmadi. The third group to perform was The Plinth, which is made up of UT-Dallas students Nate Bleker, Lakshman Manjunath, Usama Siddiquee and Dennis Roy.

A fourth band, called The Exchange from Silverdale, Wash., also performed. Member Britt Espinsosa received a scholarship from Against the Grain Productions. The sold-out fundraiser drew about 300 guests and had more than 100 volunteers helping out.