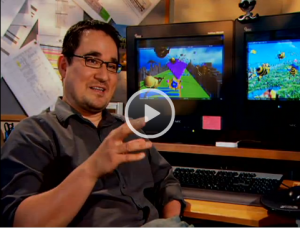 I was born between 1972-73 in Saigon, Vietnam. I spent the next 2-3 years in the Sancta Maria Orphanage at 279/5 Le Quang Dinh in the Binh Thanh District of Saigon. I was adopted and taken out of Vietnam as part of Operation Babylift about two weeks before the end of the war in April 1975. I ended up in Long Beach, California instead of San Antonio, Texas, where my parents were at the time, because I chewed off the identification bracelet on my arm. After three days of searching, my mother found me and brought me to Texas, where we lived for a year before relocating to Pittsburgh, PA for the next three years. In 1979, my family (mother, father, other adopted brother from Ca Tho Viet Nam) moved to Colorado, where I spent the rest of my childhood living in the mountains near Boulder for  four years and just south of Denver for another eight. After graduating high school, I enrolled in a joint program between the University of San Francisco and the Academy of Art College to study Illustration. I graduated in 1995 and was luck enough to be hired by Dreamworks just 5 months later and have been with the company ever since. I am currently working my 5th picture as Head of Layout and will be relocating to Los Angeles in July in order to complete the film project.

When I was a Junior in 1993, I took a semester off to go study in Vietnamese language, history and culture at the University of Hanoi for a semester. This was my first time back to Vietnam since my adoption and has played a hugely important effect on the rest of my life. After I finished studying, my family came, and we found my orphanage where I met the man who owned and ran the orphanage and whom after I was named. (All children who arrived without a name share his last and middle name, in my case, Nguyen Van Cuong.) I became friends with the family and stay in touch with them to this day. Over the next twenty years of my life, I have traveled to Vietnam over 20 times and  have lived there over a year and a half. I am married to a Vietnamese woman, who two separate friends of mine set me up with on blind dates on the very same day. We’ve been married since 2009 and are expecting our first child any minute now . . .

San Francisco till July and then L.A.

What does it mean to you to “Go Against The Grain?:”

Hmmm, I guess for me, it would be pursuing art as a career. Rather than go for the safe or responsible career, my mother always supported both my and my brother’s (photography) artistic pursuits. Private art classes when there wasn’t enough at school, extra “homework” at home illustrating stories while I was in primary school, art shows and a joint University program for an Illustration degree. The support has always been there, so it’s never felt like a struggle or going against the grain, but becoming an artist is always a bit unconventional, especially for Asian Americans.

I’ve been drawing ever since I can remember, so it did not seem like I made a decision to pursue in art. I loved animated films and comic books all the way through high school, especially Anime and the film Akira in particular, but when I started college in 1991, I decided on Illustration as a major (there were only a handful of schools in the country at the time that offered an animation degree at that time). While I was at college, I thought I wanted to be a children’s book illustrator, but that is not something that pays you right out of school, so I started working various other jobs while sending out portfolios trying to find any place that would pay me to draw. I was working at Alcatraz handing out audio tours when I took the call on the island’s pay phone for my job interview at the one year-old studio, Dreamworks.

Can’t say that I’ve faced any challenges being Asian American in my field. Perhaps it’s because I’m half Caucasian and don’t really look Asian, but honestly my ethnicity has never manifested itself as a factor in my work.

Professionally, I feel like my biggest accomplishment has been being able to grow and evolve with the company I’ve spent my entire career at. Dreamworks started as a 2D hand drawn animation company and slowly transitioned to a fully 3D computer animation company over the first 8 or so years I was here. I am really proud to have worked on Dreamworks’ very first picture and 18 and a half years later still happy and excited to a part of the company as it evolves and constantly tries to make better movies that have an increasing global presence.

Moving back to Los Angeles to head up the Layout Department on the first [Asian] Dreamworks Feature.