There’s a phrase that goes, “Home is where the heart is.” For many of the teenagers I worked with these past few weekends, home is in the form of Catalyst Foundation’s Vietnam Culture Camp.

After a 4-year hiatus as a camp counselor for Vietnam Culture Camp, I was invited to come back as a presenter by Catalyst Foundation founder, Caroline Nguyen Ticarro-Parker. The ask for this round of camp was to work with the teen groups and create a media project that portrays their thoughts and feelings on what Vietnam Culture Camp means to them. 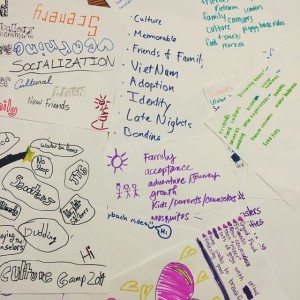 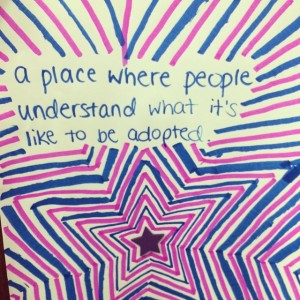 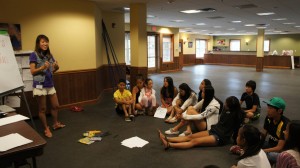 The answers were heartwarming, funny, and surprisingly insightful and full of honesty. And at the end of the weekend, each teen group had worked together to pull together footage and photos for a :30 second media spot to show what camp meant to them as a group.

Working with the teens for the Midwest and East coast camps was quite the 180 from the times inwhich I were I counselor. Instead of bracing each day for piggy back rides, boundless amounts of energy and requests for snacks, I had to switch gears to get the campers to talk about more introspective topics such being stereotyped and misunderstood not just as an Asian, but as a Vietnamese adoptee as well. 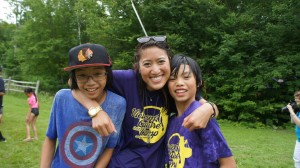 The most surprising realization that came from this camp was not from just the weekend, but to find that even after many years of not attending, every camper I was a counselor for still remembered who I was. And every counselor they had been with previously. Vietnam culture camp is not merely just a place to swim, eat and play with friends all weekend, but it has become a place in which they have built a bond with all of us who have been a part of it. A place in which people understand each other. A place where they are not judged. A place in which we are all family. 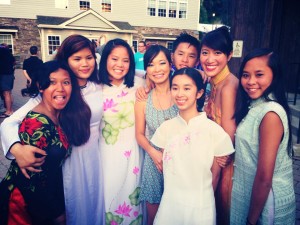